Proposals to overcome these barriers:

Sooner or later the traction batteries for vehicles will finish to be standardized as they were the batteries used for home portable devices. That will influence positively the manufacturing cost, one of the most critical aspects of these batteries. The electric vehicles found in the same yard, having same owner, will use same batteries, which will only be easy moved from one vehicle to the other. The total vehicle cost will be also dramatically reduced. In emergency case, the traction battery will be used as a back-up source of power at home.

STATE OF THE ART

Architecturally, an electric vehicle battery pack is comprised of multi-battery modules, fuses, BMS and safety circuitry system which are combined into one large battery enclosure. Combining all the parts in one package makes the battery pack very heavy. Due to the size and weight of the battery pack, the electric vehicle has limited range of travel. And in case of traveling a long distance journey, normally a driver has to stop at several charging stations to recharge the battery, and recharging the battery is time consuming for drivers and some don't have that much time to waste.

The idea of swappable large battery pack with a fresh battery pack was proposed many times before, and seems to solve the problem neatly. A company named Better Place already experienced such concept, but, unfortunately for them, with catastrophic result. 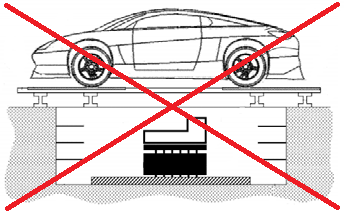 One of the  reasons is that battery pack is not standardized due to its shape and capacity among auto-industry. The second issue is the actual battery packs are heavy and usually weights around 150 kg to 300 kg and exchanging these batteries are huge tasks. The third problem is the high cost associated with maintaining a huge standing store of fresh packs at battery station.

A more spreading solution can be this proposed by Matra and AllCell Technologies for an electric scooter. This scooter uses a manually swappable 48V Li-ion battery with no active cooling system. 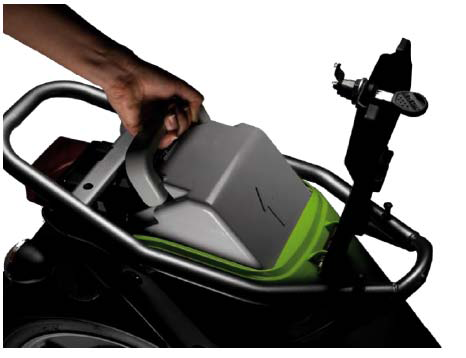 The use of small/medium modulated battery packs is an important factor for auto-industry to standardized EV battery. For example electric and electronic devices uses standard batteries (e.g. AAA, AA, C, D batteries, etc.), the electric vehicle's battery packs can also be standardized for E-scooters, EV cars, small EV tracks or tractors, and etc. Such standards will advances electric vehicle into next level for more practical use. There are enormous benefits to standardizing battery packs: engineers know where to locate them; the interconnections are defined; the unit cost will drop dramatically as the volume increases; technological progress is not tied to the vehicle, it just gives you more performance. You wouldn't necessarily have to buy the battery – currently a major cost factor in such vehicles.

Consequently we can establish which requirements must to be accomplished by the movable traction batteries:

-Easy to handle and transport;
-Mounting and dismounting in seconds;
-Very simple and cheap mounting adapter on the vehicle side;
-High reliability construction and easy to be stored;
-Scalability of the structure.

This invention overcomes the shortcomings and solving some of the problems associated with large battery pack that exist today. The new vehicle's system replaces the huge battery pack with several standardized Portable Traction Batteries - PTB. Each PTB contains smaller/medium modulated electric energy source. The relatively small size and weight of these PTBs, allow driver to quickly exchange by himself the depleted PTB with charged ones at home or at gas station (which can have a small PTB exchange corner), in stand to charge the battery pack for few hours.
The illustration below describes the practical solution of the invention. 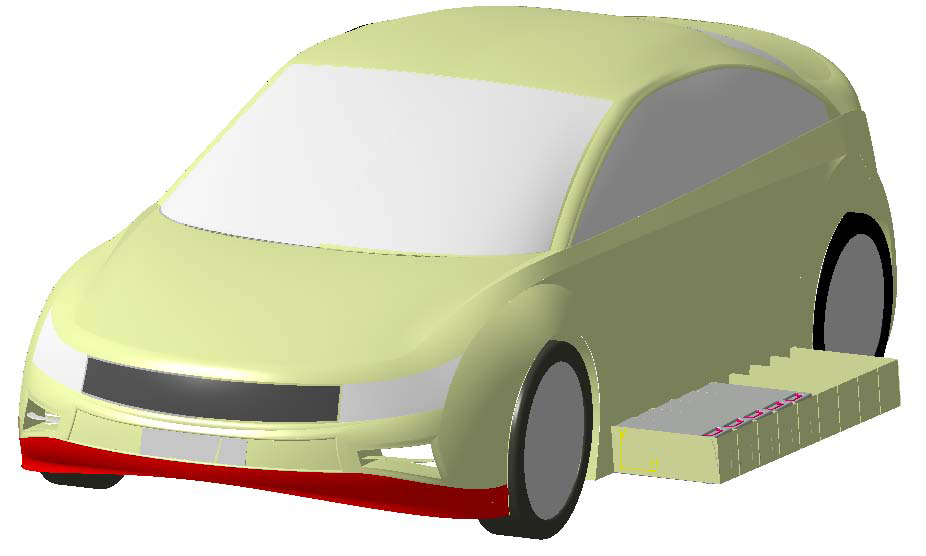 Even aerial vehicles can use PTB as cheap energy source. In a pure electric variant a VTOL  aircarft, having two or four electric motors are supplied with electricity by a number PTB which are mounted in the lateral walls of the cabin. The system can work with minimum two batteries. If the traveling distance is short only two batteries will be used. The number of embarked batteries increases with the distance. This system, with modular batteries, avoids transporting a futile mass. On the other hand, if the batteries are discharged, they can be easy replaced (being modular) and  the electric aircraft is very quickly prepared for the next fly.  See

If the electric vehicle will be sold with a small number of PTBs, it will have an acceptable cost. In other case, one family can use a plurality of vehicles for different works (in case of a small farms) or for recreational purpose. If all these vehicles are with electric propulsion, several PTBs are sufficient for the entire family needs. The global cost of these vehicles can be with 30% lower than the current vehicle package cost. On the other hand, the farm or recreational vehicles are season vehicles. If a battery is permanently mounted and included in such vehicle, it remains in stand by for a long period and consequently can be deteriorated without using. In the case of the new solution the PTB can be moved from one vehicle to the other and the rate of utilization doesn’t depend from season succession. It can also be used as an auxiliary power unit at home, when is not employed to drive a vehicle. The charging of the PTB can be made from clean and renewable sources.

Integrated propulsion system - IPS refers to an innovative powertrain architecture for electric vehicles (EV) having two, three or four wheels, in order to reduce the vehicle production costs by integrating the power unit with the wheel. This approach facilitates the development of vehicles with reduced complexity, increased modularity, efficiency and availability on the market.

STATE OF THE ART

Several well-known companies like Michelin and Siemens-VDO have achieved the integration of the suspension with the propulsion wheel. Unfortunately the proposed systems come with a high weight and are very complex / expensive.

IPS explores a new architecture for a new generation of electric vehicles and personal transport systems allowing modularization and thus reducing costs. This approach aims to integrate more functions into a single unit that can be mounted with small differences on vehicles with two, three or four wheels. 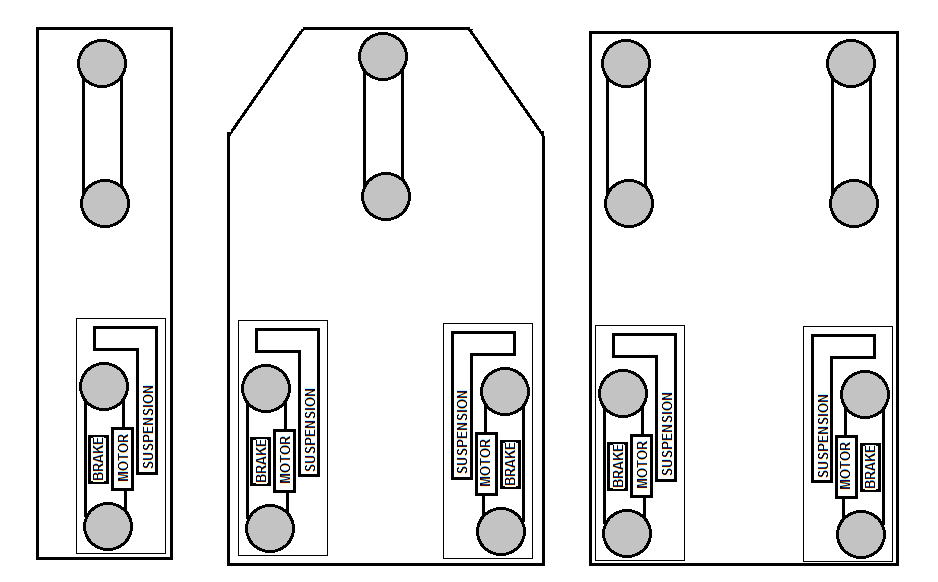 IPS can offer a number of benefits as:
- The best traction efficiency due to the small number of moving elements;
- Low cost due to reduced number of component parts;
- Improved vehicle durability and low number of maintenance operations;
- The IPS can be mounted as a single parts on the vehicle, lowering the manufacturing cost;
- The increased degree of integration and standardization also reduce the cost of the vehicle;
- The IPS architecture and control influence positively the active and passive safety of the vehicle, eliminating some elements which are usually mounted on any other vehicle.