Within the present concept we try to develop a "best in class," advanced VTOL aircraft system utilizing the new Distributed Electric Propulsion - DEP, combining the Vertical Take Off and Landing capabilities of a helicopter with the horizontal speed and payload of a traditional jet airplane. This new Advanced Reconfigurable VTOL Aircraft - ARVA using the new DEP will revolutionize regional flying and provide an accessible and affordable transportation platform for both the commercial and civilian/military markets while reducing capital and operating expenses.

The DEP aircraft capabilities while eliminating all current rotary wing technical issues will also dramatically reduce airport congestion and flight delays by as much as 50% by allowing a significant number of flights to by-pass major hubs and travel more direct, point-to-point routes. This has the added benefit of freeing-up takeoff and landing slots at major airports for larger jets thus further alleviating congestion and delays.

Problems to be solved

State of the art 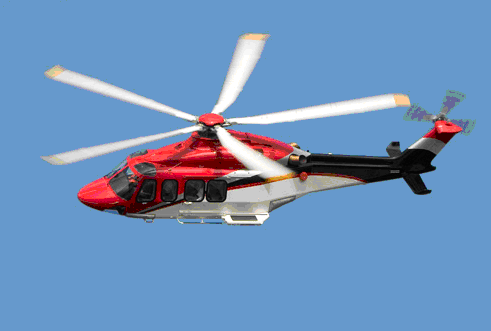 Aurora Flight Sciences tested successfully a scale demonstrator. According to the builder the subscale vehicle demonstrator (SVD) prototype of the LightningStrike successfully completed a series of takeoff, hover, and landing manoeuvres at an undisclosed US military base. The recent flight was conducted by an Aurora team from a ground control station with oversight from US government officials and is part of the goal to build a full-size demonstrator aircraft to validate the LightningStrike's technology.

For more information from Aurora LightningStrike and to view/download videos: 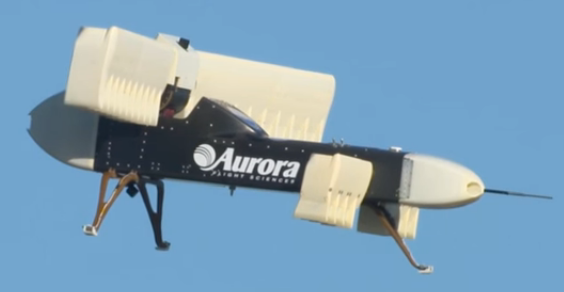 One disadvantage of this technology is the wing mechanism which is too complex. Also with its great wing span this aircraft cannot be operable in cities or crowded area. Unfortunately this type of technology is not scalable to large aircraft configuration.

ARVA represents a new aircraft concept with a configuration that is seif, quiet and efficient as well as easy to control, high compact and which is able to accomplish vertical takeoff and landing with transition to and from forward flight. The new ARVA concept uses a revolutionary design, generating lift within a relatively small body by employing a unique combination of lifting surfaces. This is primarily because it allows the creation of an extremely compact aerial vehicle which has VTOL capabilities and high lifting efficiencies. ARVA using DEP as a rotorless drag-reducing propulsion system can be deployed in a versatile hover-capable flying aircraft to lift heavy loads efficiently. Scalable with a combination of stable overlapping flight roles and modes from horizontal take-off through assisted low speed and stationary hover through to high speed winged flight and back. ARVA mainly employs a multiple ducted fan arrangement and new ducted fan configuration creating a very efficient air distribution. The innovative ducted fans are used for vertical lift and also for horizontal propulsion. 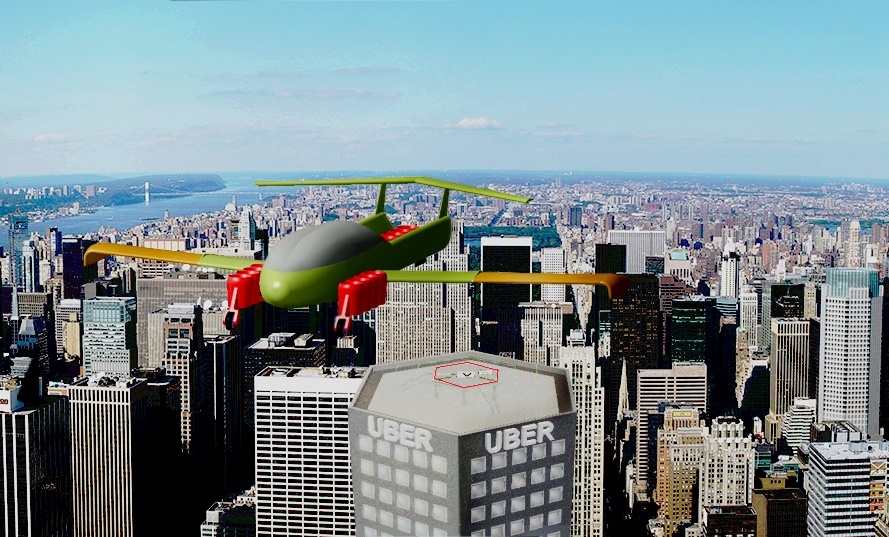 The ducted fans are grouped in three multiple propellers or powerplants, two of them being located in the front of the fuselage and the third at the rear side located between two struts fixed on the fuselage. ARVA uses two sets of fixing wings and one set of mobile wings. The mobile wings are of retractable type and can be retired inside of the front fixed wings to obtain minimum footprint necessary when the aircraft is used in urban or mountain areas. To increase endurance at the cruising speed the mobile wings are extended and the flying efficiency becomes maxim.

When ARVA missions are only in urban areas the mobile wings can miss, the aircraft being reconfigured, as in the picture below:

Each powerplant can be oriented individually to ensure the vertical takeoff (as is shown in the pictures) as well as the forward flight.  The aircraft uses 12 electric motors making the system highly redundant. If one or two of the electric motors failed the aircraft continues to operate safely or in the case of total system failure the aircraft can glide. As a supplementary safety measure a ballistic parachute can be deployed when need.

The aircraft uses 12 electric motors making the system highly redundant. Due to multiple number and independence of the vertical/horizontal lift rotors, the vertical/horizontal thrust is redundant and thrust and control remain available even with a failure of one or two rotors. Since there are multiple rotors, that provide large control forces, the rotors are able to be smaller, with faster response rate for operation even in gusty wind
conditions. To control the aircraft orientation at low speed there are used some flaps to deflect the ducted fan air stream. 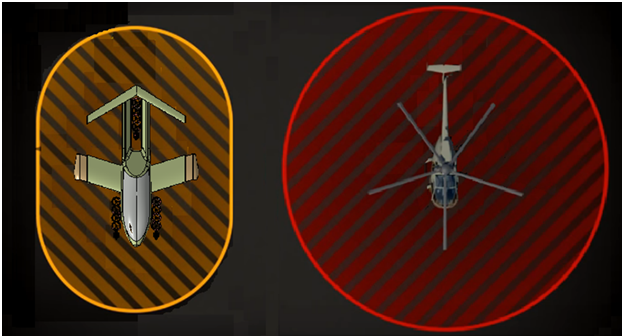 Aurora X-VTOL concept is complex and costly aircraft having a high footprint/load ratio in takeoff.  In comparison, ARVA can retract its wings and can be operated and parked in reduced areas. In emergency cases ARVA can glide using its normal wings not affected by the ducted fan location, increasing even more the redundancy. ARVA is a scalable concept and can be reproduced from small UAVs to large or very large aircraft.

More info about ARVA at:

AESIR was the most know company which extensively used Coanda Effect. Unfortunately they didn’t exploited fully potential of this effect.

The potential of Coanda effect is fully exploited by the new coming Thrust unit - TUCE which as drag-reducing propulsion system can be deployed in a versatile hover-capable flying aircraft to lift heavy loads efficiently. Scalable with a combination of stable overlapping flight roles and modes from horizontal take-off through assisted low speed and stationary hover through to high speed winged flight and back. TUCE mainly employs a multiple electric fan arrangement and new configuration creating a very efficient air distribution which are used for vertical lift and also for horizontal propulsion. As an unmanned system or as autonomous / piloted VTOL system, this application offers increased operational versatility, stability, scalability, maneuverability, energy efficiency, load capacity, performance, low noise and increased safety potential. Other advantages include the simplified mechanical construction over helicopters with a series of multiple redundant electric motors with independent adjustment for directional thrust. Blade destruction will not cause catastrophic power loss from the multiple motors.  TUCE offers extremely reduced footprint and consequently low safety issues when operate in city or other similar environments.  TUCE  is a scalable concept and can be reproduced from small UAVs to large or very large aircraft. 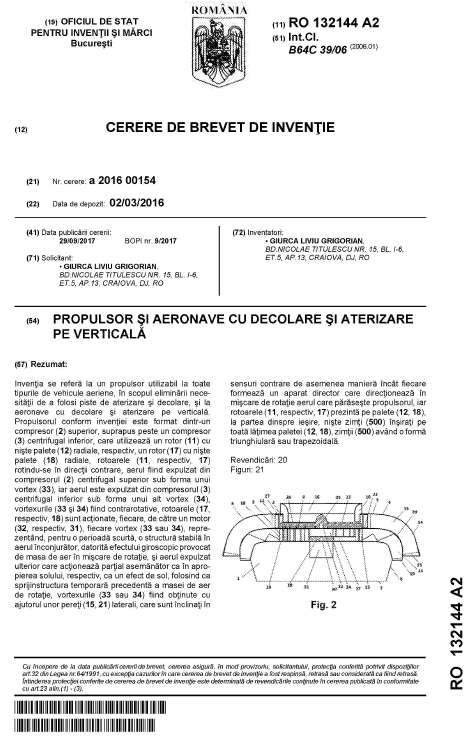 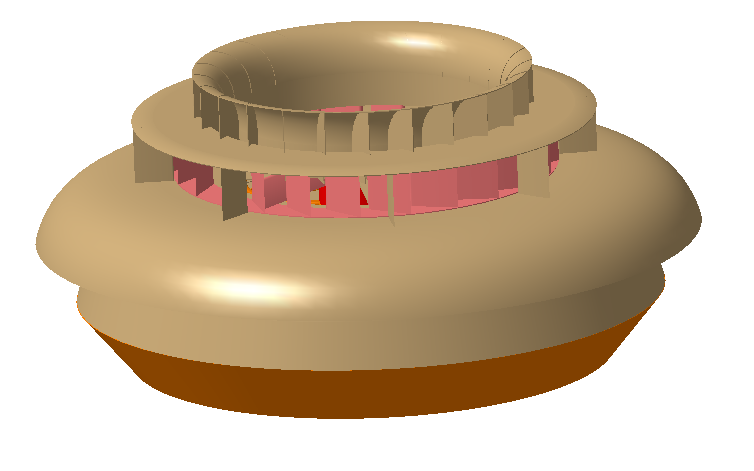 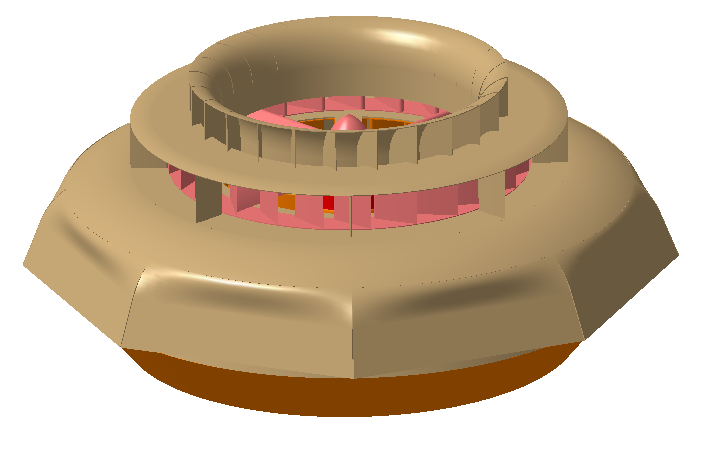 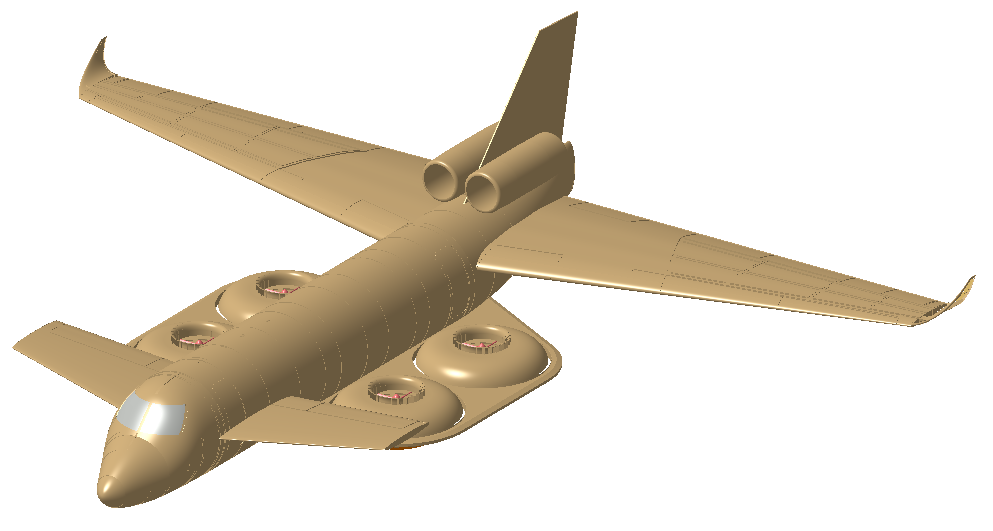 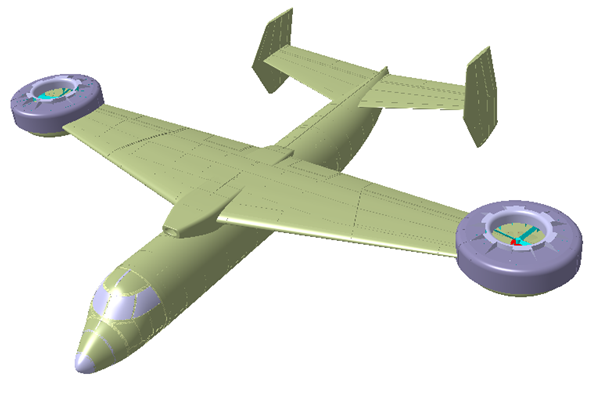 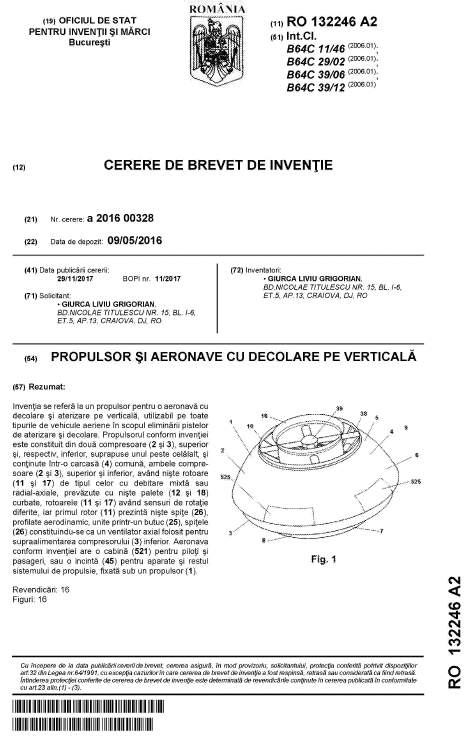 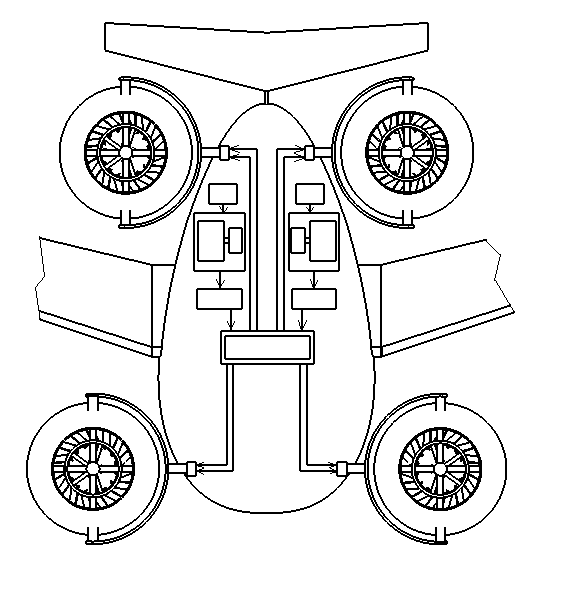 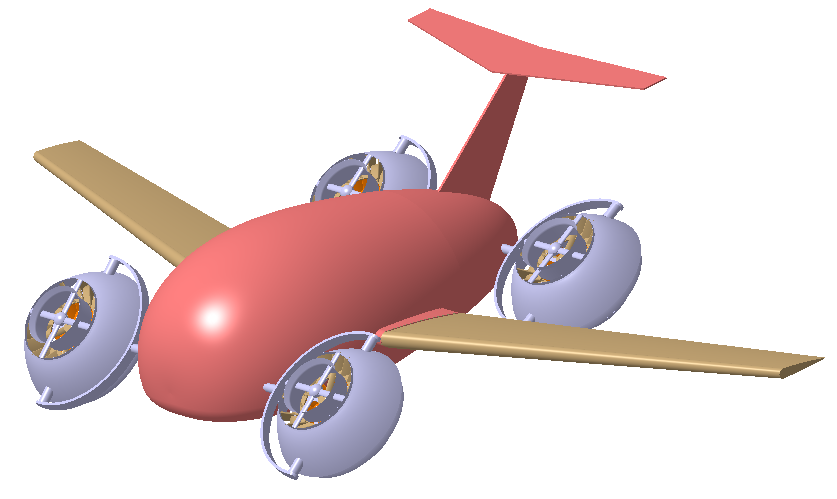 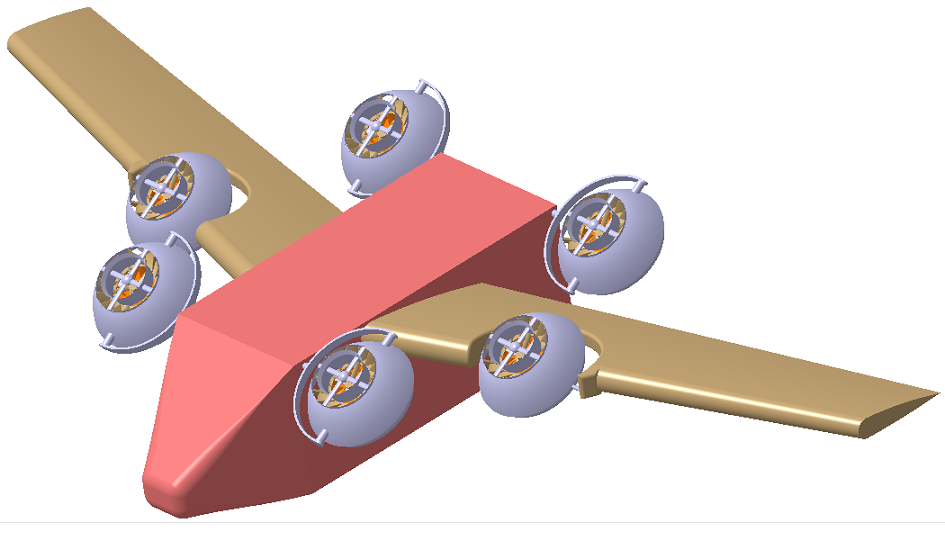